Did you know that Earlston once had its own ambulance, serving the village and the district?  Auld Earlston is  grateful to  Dr. John Burns  for the gift of the Earlston and District Ambulance Association Minute Books, which form the basis of this article. 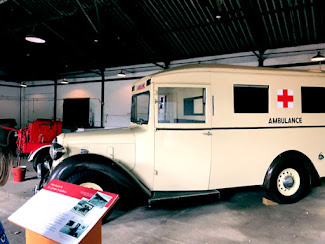 A war-time ambulance on display at Bletchley Park Museum

THE BEGINNING - 79 years ago, on the 31st July 1942, a public meeting was held under the chairmanship of Major Sharpe to consider the formation of an Ambulance Association "in the hope it would be the means of saving much suffering." A committee was formed   with local physician Dr. Lachlan Campbell appointed chairman, Rev. Peter Wylie as secretary and Mr. Robert Dodds, bank manager, as treasurer.

A GENEROUS DONATION  – A Ford V8 Ambulance was generously given to Earlston by Captain David Colville of Chapel on Leader “for cases of accident and non-infectious diseases”. It was stipulated that the ambulance was not there to bring a patient home.  Nor was it to be used as a hearse. Captain Colville was appointed as Honorary President of the Association.

WHOM DID THE AMBULANCE SERVE?   Earlston itself and the surrounding communities - Lauder, Legerwood, Channelkirk, Westruther, , Drygrange, Langshaw, Blainslie  and Gordon, all of whom were represented on the committee.

HOW WAS THE PROJECT FINANCED?  Money was raised through subscriptions, house to house collections and donations.

The subscription was set at 4 shillings per family per year, with 1300 joining the scheme.   It was agreed that members of the Association would have use of the ambulance at the rate of £1 for a journey to Edinburgh and 6p per mile for other journeys, with a minimum charge of 5 shillings.  Non-members were charged £3 for a journey to Edinburgh hospitals and 1 shilling for all other journeys, with a minimum fee of 7 shillings.

Local communities rallied round to support this initiative, through fund-raising events, with newspaper reports recording donations from house to house collections, and groups such as the Earlston WRI, Earlston Women’s Voluntary Service, Gordon WRI and Simpson & Fairbairn mill workers showing support, with the Ambulance Association Committee “hoping that the general public will not hesitate to give their liberal support to such a meritorious object”.

One such event was reported in “The Berwickshire News” of 5th February 1944:

“Under the auspices of Earlston W.R.I. a whist drive and dance was held in Ercildoune Church Hall, proceeds being in aid of Earlston and District Ambulance Association. There were 156 people who occupied 39 card tables. Mr Hector Brodie extended a hearty welcome the large company, and during the tea interval Mr J. McGregor, Ardmohr, gave a short address on the work of the Association during the past six months. He expressed the committee’s thanks to the Women’s Rural Institute for the donations received during that period.”

The first driver Mr J. Hope was paid 2/6 per hour and retired in 1946, Appreciation was expressed for his devotion, courtesy, cheerful competency and most dependable willing service, with his wife thanked for her constant help. She regularly washed the blankets and on several occasions travelled as an ambulance attendant, when no one else was 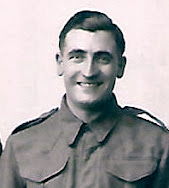 Bert Frater (a cousin of Sheila McKay's father)  was well known locally.  During the war he was in the Royal Army Service Corps, driving a field ambulance.  In July 1940 he was reported missing and later identified as a prisoner of war, incarcerated in a German camp for four years.

Jock Thomson later took on the role as driver.

EVENTS OVER TIME – as recorded in the Minute Books and in the local press
1942-43 –Committee discussions focused on matters of procedures, subscriptions, driver responsibilities and payment.  It was decided   that only doctors and police had the power to call out the ambulance, in cases of non-infectious sickness or accidents.  The service was only available on Sundays in matters of urgency.  Mr J. McGregor took over the role of Secretary. The ambulance was not to be used as a hearse.

1944 AGM - The ambulance had covered 12,835 miles, made 180 journeys and transported 235 patients.  Repairs had been necessary to the vehicle and ambulance societies in Duns, Kelso and St. Boswells were thanked for their help which was much appreciated.  The lack of heating in the ambulance was raised and opinions would be sought on providing this.

1945 AGM   - The ambulance had again been a great boon to the community. Membership had increased and now totalled 1245. 135 journeys had been made, carrying 156 patients and covering 9500 miles.  A heater had been installed which greatly improved the comfort for patients.

1947 AGM - The key discussion has focussed on the forthcoming introduction of the National Health Service and the future role of Ambulance Associations.

Because of the healthy estate of the finances, it was decided not to collect membership subscriptions for the year 1947-1948, except from residents who desired to join the Association.  Tribute was paid to the good work, willingness and efficiency of the ladies and gentlemen who undertook the house to house collections.  Messrs John Readman & Son were thanked for kindly providing garaging for the ambulance. The installation of a telephone in the driver’s home had proved a real assistance to the work of the Association. Reference was made to the theft of two blankets and two pillows from the ambulance when parked at the Royal Infirmary in Edinburgh. 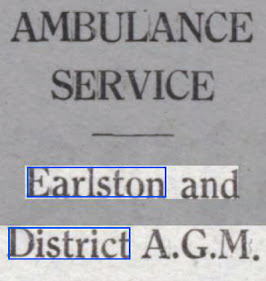 1948 AGM - the decision was taken to become affiliated to St. Andrew’s & Red Cross Scottish Ambulance Service and the consequent financial arrangements of the move.

1949 AGM   - 20,382 mileage covered,   358 journeys made and 705 patients carried.  Unease was expressed at the high figure for mileage, and the fact the 10 year old ambulance coming to the end of its life.  There was concern too at the waiting times at hospitals.

Minute’s recorded small improvement’s such as a uniform for the driver.  Including rubber boots, and membership of the Automobile Association (AA) in the event of breakdowns.

1950 – A meeting was held to discuss the purchase of a new ambulance, with a decision taken to purchase a Daimler model costing £2135 in colours of French grey and gold which was much admired on its journeys to and from Edinburgh.

1951 AGM – the sudden death of Chairman Dr. Lachlan Campbell (below) was greatly mourned in the village and tribute was paid to his leadership of the Ambulance Association, since its inception, with a minute’s silence held in respect of his memory.  Dr. Smith was appointed as new chairman. 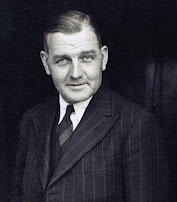 1960’s  – The Committee continued to meet, but with  increasing control from the St. Andrew’s Association in Glasgow, there was less and less for the local Association to do. The last meeting of the decade, recorded in the Minute Book, was in 1965.

1979 – On 28th February a Committee meeting was held, presided over by Dr. Smith and Dr.Burns. As the ambulance  in Earlston District was now fully equipped and maintained by headquarters at Glasgow, it was recommended that funds should be used  to equip local doctors with radio telephones, ”thus speeding up the receiving of urgent messages while the doctors were on their rounds”.

On 25th October 1979 a public meeting was held (the first since 1952) for the purpose of disposing of the assets of the Association, amounting to £1628, with a unanimous decision to purchase the radio telephones for local doctors as recommended by the committee.

Thus the Ambulance Association which had served Earlston and District communities for 36 years came an end, with the funds finally closed.

Contributed by Susan Donaldson of the Auld Earlston Group,

with thanks to Dr. John Burns