As we come to celebrate Earlston Civic Week 2016,
a look back at summer events of the past 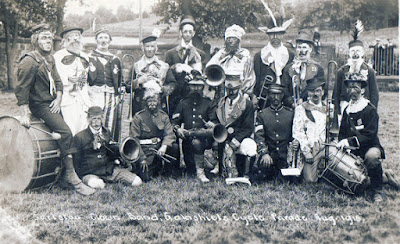 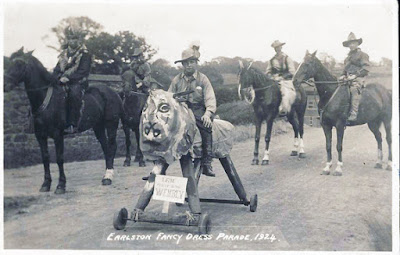 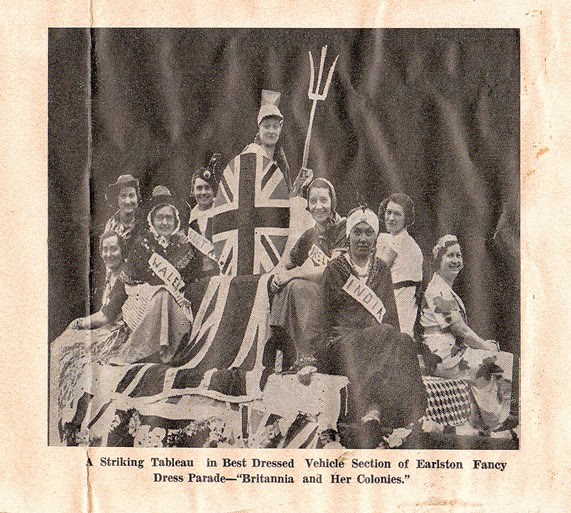 On to Earlston  Civic Week itself,  which began in 1972, with fun events, races, social get togethers, and concerts, culminating on the Saturday in the fancy dress parade, torchlight procession and fireworks display - now about to celebrate its 44th anniversary. 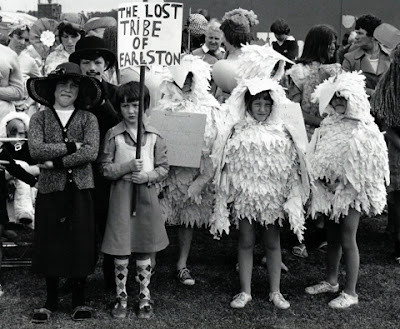 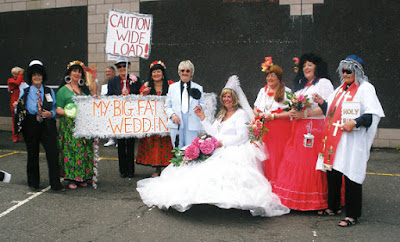 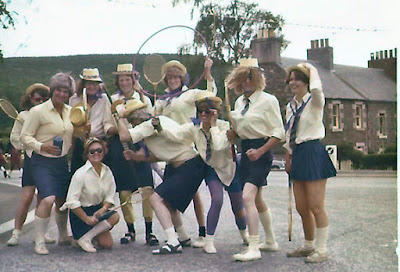 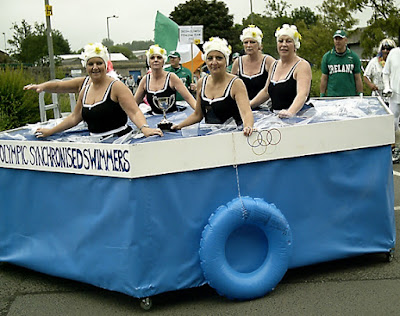 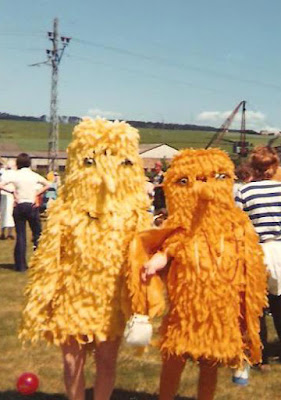 
Thank you to everyone who has  donated or loaned old photographs for scanning.


Auld Earlston welcomes all contributions on the village's past  -
contact us on  auldearlston@aol.com

John Mackenzie, Earlston Banker & A Man of Many Parts

" A man of high character as  a man of business, of  cultivated intellect,  and of literary tastes and aptitude"  - these were the words that described  Earlston banker John Mackenzie  In a tribute dinner in 1891.

But who was John Mackenzie?  George Birbeck of Earlston Chess Club looked  to find out about this possible founder member of the Club,  and  his research forms the basis of this article.

For in 1889  "The Chess Players Annual  and Club Directory" listed among 34 Scottish entries the Earlston entry, noting it had   12 members, and met in members' houses, with John Mackenzie, President.  (He was also  thought to be a founder member).

The census of 1881 lists three entries for the name John McKenzie/MacKenzie/Mackenzie  living in Earlston parish,

Ten years on in the 1891 census, it was a depleted family, with just John, Jane, 11 year old Alan, 9 year old Eleanor, plus two servants.

The Royal Bank of Scotland Archives (successor to the Commercial Bank of Scotland)  confirmed that John Mackenzie  joined the bank in 1861 and  and was first listed as Manager in Earlston  in the 1881 Bank Directory,

A range of records showed that John quickly involved himself in the local community.

"Slater's Royal National Directory of Scotland for 1882"  listed,  under the Earlston entry,  John Mackenzie, bank agent to the Commercial Royal Bank, but also: 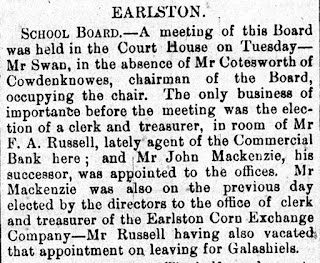 
Contemporary press cuttings in "The Southern Reporter" and "The Berwickshire News"  further testified to his involvement with:

"The Southern  Reporter" of June 11th 1891 featured a lengthy report on a "Complimentary dinner to Mr Mackenzie" on the occasion of his transfer back to Inverness, with fifty  gentlemen sitting  down to a meal at Newton's Hotel (the current Red Lion)   The chairman Colonel Hope of Cowdenknowes, proposed the toast, describing Mr Mackenzie as:

" A man of high character as  a man of business, of  cultivated intellect,  and of literary tastes and aptitude.  .........Mr Mackenzie had performed the duties of his office with great ability and unfailing courtesy and  had secured the respect and esteem of the community, gave much of his spare time to the promotion of all schemes for the public good". 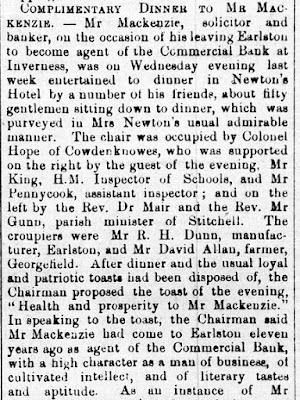 John Mackenzie died in Inverness in 1898, at 52 years of age. He spent only around eleven  years  in Earlston, but in that time he made his mark locally and can be well described as "A Man of Many Parts".

But one puzzle remains,  despite intensive research, only one record has been found to confirm that John Mackenzie was President of Earlston Chess Club - and we can only make a fair assumption that that was John Mackenzie,  banker.

Auld Earlston would be delighted to feature further articles on the village's past  from other contributors.  Please contact:  auldearlston@aol.com

We have a contemporary account of life in Earlston in the 1830's written  by the local Minister Rev. David William Gordon for  "The New Statistical Account of Scotland".  This was a project of the General Assembly of the Church of Scotland, whereby each parish minister was asked to write a chapter on his parish.  A similar project had taken place in the 1790's.

The wages of married farm labourers spanned £25 to £30 per annum. An unmarried male servant in the house received £9-£11, a female about £7. The current wage of women working in the field was 10d per day in summer and 8d in winter, whilst a man received 1s.8d and 1s.6d in winter. The chief kind of stock were Leicester sheep and short horned cattle. Land crops were principally oats, turnips, and barley.


There were two "manufactories" in the village.   Miss Whales and Company produced ginghams, merino,  shawls, muslins, furniture stripes, and shirtings,     All were wrought by hand loom weaving, affording employment to 50 weavers, with additional 16 posts to women and children.

Upwards of 40 were employed at Mr Wilson's "manufactory", where  plaidings, blankets and flannels were made.  Men   earned 12s per week, and  children 2s.6d.  They worked eleven hours per day and "as yet no bad effect has appeared amongst the health and the morals of the workmen".

Three schools in the parish included Mellerstain where the teacher received a salary of £5 from Mr Baillie of Mellerstain House;  and the parochial school where the teacher's salary was £28.  Branches of instruction taught were extensive and spanned "English, reading, grammar, writing, arithmetic, practical mathematics, algebra,geometry, spherical trigonometry.   Latin, Greek, and French".


The people are alive to the benefits of education and I know of no family in the village  from 6 to 15 years old who have not been taught to read".


The Parish Church at this time was undergoing repairs with seating envisaged for 650. The Manse had been built in 1814 and repaired in 1824. The numbers regularly attending the church was 400, and the average collection per year was £22.


There were also two dissenting chapels in the parish.

Among other institutions in the village were a subscription library, a Friendly Society for "affording relief to its sick members"  and a Saving Bank "for the lower classes of people", with about £100 in it.

34 people were receiving parochial aid, with the average sum paid of 8s per month.

Village benefactors included the \ate Mrs Baillie of Jerviswood who gave £30 for the "more frequent dispensation of our Lord's supper", £284 pounds from Mr Tod of Kirklands and an anonymous donor for the distribution of coal to the poor;  and from Mr. J. Wilson, Esq., surgeon  of Bombay £600 for the benefit of  the parochial school, and  £30 for teaching the children of the enrolled poor.

Earlston was served by a Post Office and daily coach in each direction  between Edinburgh and Kelso.  The principal  fuel was coal brought in from Dalkeith some 20miles  away at the cost of 1shilling per hundredweight.

For leisure time there were four  inns in Earlston and six other houses where ale and spirits  were sold.

It was noted that "The climate ,,,,is universally acknowledged to be mild and thus, with a dry atmosphere  contributes to bestow upon the people considerable exemption from disease. Scarlet fever has appeared but seldom  since 1820."

What was happening around Earlston and the World Outside in the 1830's ?


For more information on the Statistical Accounts of Scotland, click  HERE


Auld Earlston would be delighted to feature short articles from contributors  on memories of the village's past.
Please contact:  auldearlston@aol.com
Posted by ScotSue at 11:43 1 comment: