Thank you to all our readers.
The Auld Earlston blog has achieved
over 10.000 page views in 10 months.

What have been the ten most popular posts?

You can look back at other posts, by using the various  options on the right of the screen - by Topic, Date or Search Box.

Do give it a try and give us your feedback on the blog,
as we would like to hear from you. 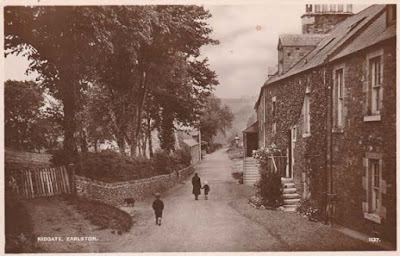 On Ice - The History of Earlston Curling Club 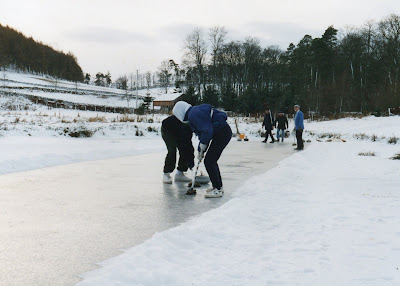 Earlston Curling Club today plays at the Borders Ice Rink in Kelso from  September to March each year and currently has thirty nine members.   But how did it all start?

The club however, was affiliated to the Royal Caledonian Curling Club in 1870.

“Earlstoun – The want of the suitable requisites for a game of curling has oft in times past caused the short days of winter to hang heavily on the hands of a number of townspeople. A week or two back, a few gentlemen met and agreed to form a curling club and a paper was sent round to collect the names of parties willing to become members.  Names were got sufficient to warrant a commencement, and Mr Bayne, farmer at Georgefield, at once with the concurrence of his landlord the Earl of Haddington placed at the disposal of the club and at a very moderate rent, a small field situated at the east end of the town which is very suitable for the purpose. Plans and specifications were soon prepared by Mr Rodger, builder. The work was let on Tuesday, operations commenced on Wednesday and in a very short time all will be ready for the next ice fit for curling”

And again from the Border Advertiser, 4 February 1870:

“Earlstoun – Curling – The members of the newly formed club enjoyed their first game on Thursday last week. The playing as might have been expected, was not first-rate, seeing that not one of the players had ever thrown a stone before, but though lacking in skill there was no want of spirit, and the roaring game was kept up as long as daylight lasted. Friday and Saturday were also devoted to the sport, some of the members getting so enthusiastic as to remain on the ice during the whole day.”


The 1869 report in the Border Advertiser  refers to Mr Bayne’s field at the east end of Earlston which is now on Georgefield Farm and the Border Advertiser of 15 December 1871 reports “the first game of the season” on Grizzlefield pond” which is located between Huntshaw and Grizzlefield.  The Minutes of the Club do not record when curling moved to the Black Hill pond (on the lane running east from Cowdenknowes Mains) but in 1897, the year of Queen Victoria’s Diamond Jubilee, a Clubhouse was erected.  The bulk of the cost of the construction was raised from a Prize Draw which raised £73.19.9d. There was some haggling over the estimates and work was “curtailed to the amount of funds on hand to proceed with the building”. The clubhouse was insured for £100 against destruction by fire.


In July 1907 the Club built an artificial three rink pond “to cost £100 or thereabout, with a house for the storage of stones, etc in addition”. The land was granted by Lord Binning and was on the site vacated by the Bowling Club when they relocated to Station Road in 1906. Gas was piped from the Gas Works at the East Green and this allowed evening curling for the first time at a charge of 3d (1p) per night for each player.

The pond measured 142 feet in length and 60 feet in breadth and required only “a quarter of an inch of water to afford the means of enjoying the roaring game” whereas the pond at Georgefield needed “a considerable degree of cold to render it fit for curling”.

The Georgefield Pond
A second Artificial Pond was built in the 1930s by R H Grant. The pond was located beside the Turfford Burn at the lane leading from Grizzlefield Loanend to Georgefield and was used regularly when frosts permitted. The floods of 1947 swept away the pipes which supplied the water from the Burn and the pond was not curled on again.  despite the valiant efforts of the ice master Matthew Wood, a retired policeman.

Indoor Curling
Haymarket Ice Rink, Edinburgh opened in 1912 and the following year Earlston curlers started indoor curling for the first time. Many of the Border competitions were played at Haymarket with Earlston joining other rinks in the Border Bonspiel.

In 1964 the Border Ice Rink at Kelso  opened and this has been the venue for the club to the present day.


With grateful thanks to John Burns of Earlston Curling Club for the information presented here and on the website of the Royal Caledonian Curling Club.
Posted by ScotSue at 08:03 No comments:

What Memories do you have of Winters Past? 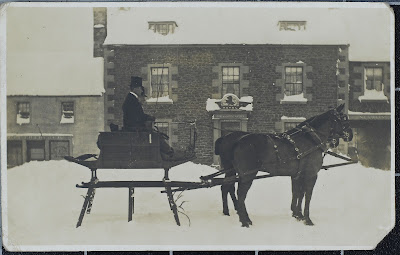 There is no date identified on an old photograph of the Red Lion hotel in the Square.  The driver of this unusual sledge seems to be dressed very formally in a top hat and is not particularly well  wrapped up against the elements.  And who was he waiting for?  There does not seem to be any path cleared through the snow from  the hotel.   Or was it a promotional photograph?    From the collection of the Heritage Hub, Hawick. 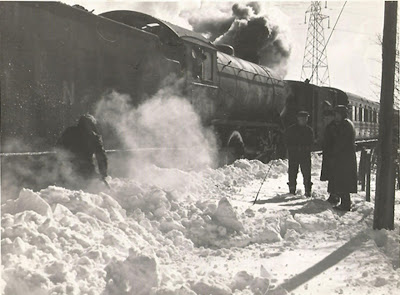 Named on the back of the photograph are:
J. Blair, Jem Blaikie, T. Carruthers and  W. Bell. 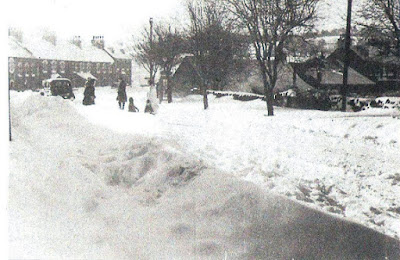 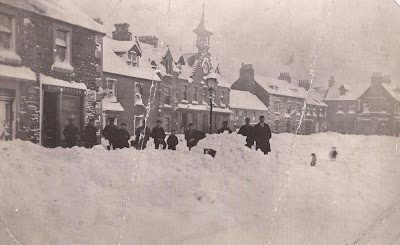 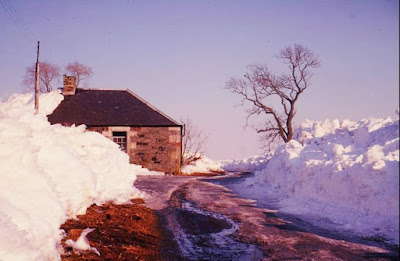 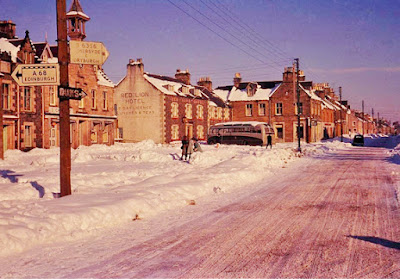 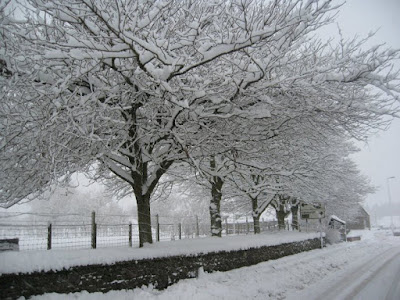 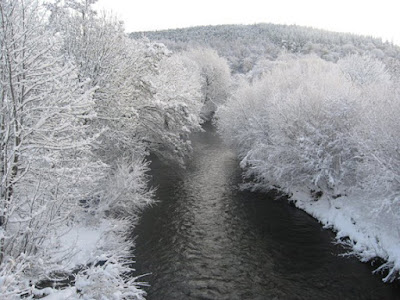 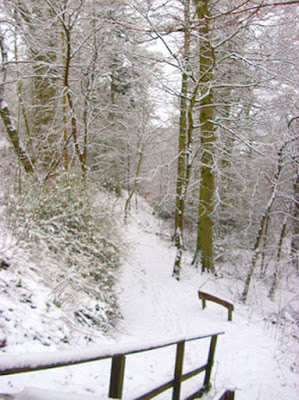 
Thank you to everyone
who has  donated or loaned photographs for scanning.
Auld Earlston welcomes all contributions on the village's past.
Contact us on  auldearlston@aol.com or via the comments box below.