A Look at Earlston Churches

In the 12th century, the foundation charter for Melrose Abbey was signed by King David I at Ercildoune (the old name for Earlston),   It is known that a chapel was built in Earlston at the end of the 11th century  and in 1242 a new church was built and consecrated.  After the Reformation in 1560,  it became the Church of Scotland.


ERCILDOUNE, later EARLSTON  PARISH CHURCH
The  medieval church was replaced in 1736, enlarged in 1834 which in turn was replaced  on the same site in 1892 by the present building of red sandstone from Cowdenknowes Quarry, with seating for 700 people.   It was known as Ercildoune Church until its union with St. John's Church under the minister Rev. John Duncan in  1946 after 200 years of division. 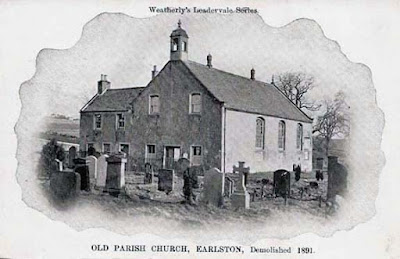 The Old Parish Church, demolished in 1891 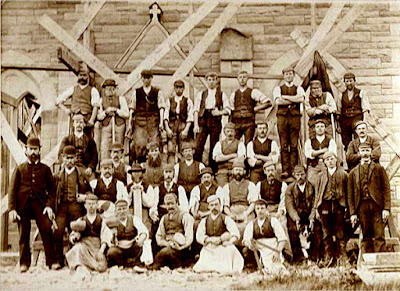 Men from Rodger Builders working on the  church, 1891.
One of the oldest photographs in the Auld Earlston collection 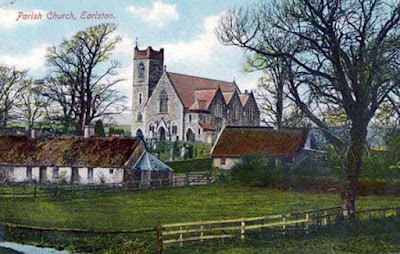 A charming tinted image of the rebuilt  church,

In 1991 renovation work took place on the church  building, largely thanks to a generous bequest  from the late Miss Ella Newton of Edinburgh, whose father had been works manager at  Simpson & Fairbairn Mill in Earlston.   Again men from Rodgers Builders undertook much of the work. 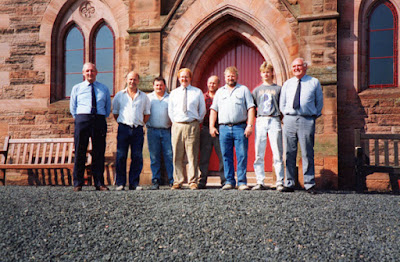 Some of the team working on the 1991 refurbishment

The pewter communion plate mostly came from the Relief and  Associate Churches in Earlston, 1750 and 1780 respectively, with the  earliest chalice dated 1760. The Associate and Relief bodies came together in the early nineteenth century to form the United Presbyterian Church.   All the communion plate is kept in the bank and only brought out four times a year for  a  formal sacrament. 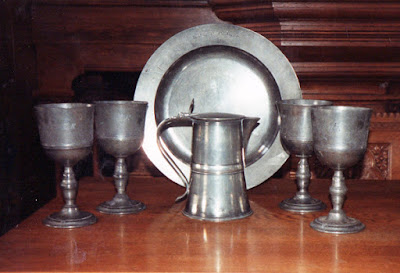 
"Having confessed  in sorrow for her sins and resolution to walk through grace in newness of life, the Moderator after solemn admonition did in the name of the Kirk Session absolve her from the scandal of her sin  and restore her to the privileges of the church.

Scottish Kirk Session Records are not available online,  but you can view them   in a digitized format at the Heritage Hub at Hawick, which serves  the whole of the Scottish Borders.

Following disputes over the appointment of  the Rev.  Lawrence Johnston to be minister of Ercildoune Parish Church,  a Relief congregation was formed in 1778 and a church built at the West End of the village with seating for 500.

In 1887 it joined with the East Church (see below) to form one congregation with one minister, as the Earlston United Presbyterian Church. With some irony  the West Church was sold to the Parish Church (Church of Scotland) and used as a church hall until 1956.    The property was later demolished  and replaced eventually by the modern flats we see on the site  today. 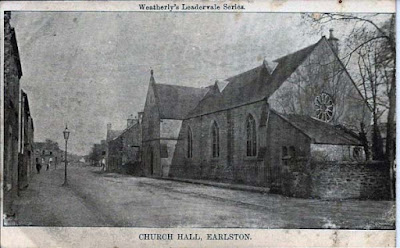 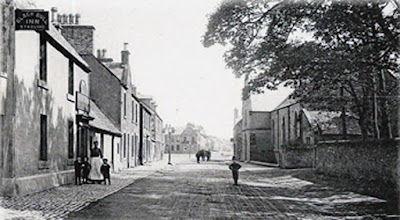 In 1946 the congregation  reunited  with the  Parish Church of Scotland  under the ministry of Rev. John Duncan.   The old St. John's Church Hall became the parish church hall, with the church itself later demolished. 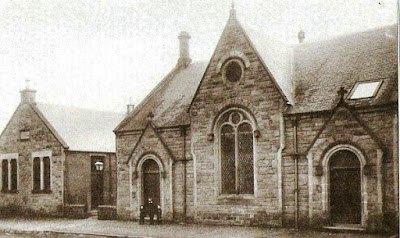 when the two congregation united  in 1946.

THE ROMAN CATHOLIC CHURCH
There was a congregation for a few years in the mid 19th century.  Worship in Earlston resumed in 1949 in a chapel hall, dedicated to St. Cuthbert, on Westfield Road  which closed  c.2012. 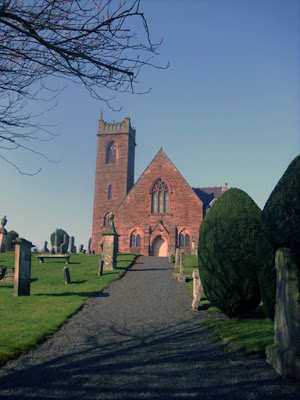 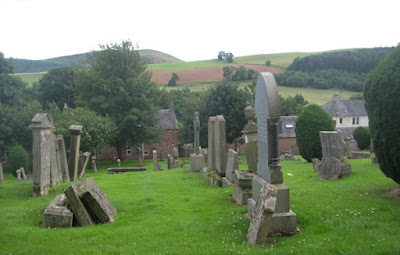 SOURCES OF INFORMATION
Posted by ScotSue at 01:33

Email ThisBlogThis!Share to TwitterShare to FacebookShare to Pinterest
Labels: Churches